We are inviting everyone to join our 25th Founding Anniversary activities 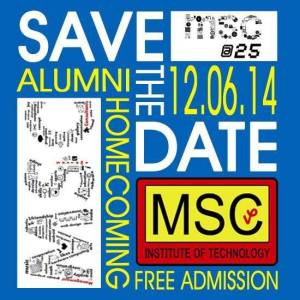 To ensure you receive our newsletter in your inbox, please add msc@msc.edu.ph to your email address book or safe sender list. Just click here to subscribe, or just send an email with “Subscribe” on the subject line to newsletter@msc.edu.ph .

An MSC graduate is now making waves on primetime national TV! Erwin Ciar, a graduate of MSC’s Computer Technology Course in 2002 won in PinaSikat, a segment in the popular noontime TV show Showtime. 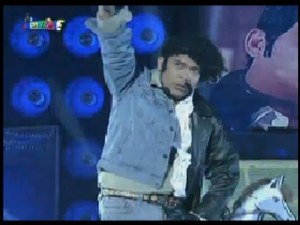 When MSC initially rented the old Agrix supermarket building, also known as MSC Annex, it had two classrooms and an office on the second floor; a computer lab, and two classrooms, and a small office on the first floor. The building was actually the front part of the Bunquin family compound. By June 1996, this building was used by the first three classes (1st to 3rd year) of the MSC High School. 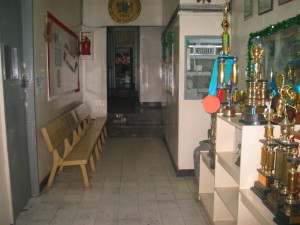 Stories from the Alumni: Sammy Suco 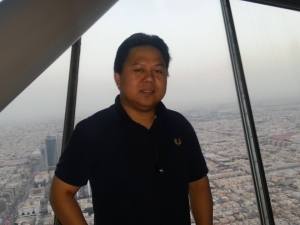 To convert feet to meters, we could approximate by multiplying the measurement in feet by 0.3 to convert it into meters. This is the exact reverse of the method we used to convert meters to feet.

MSC 17 – Base Multiplication: Multiplying “Teen” Numbers and Others

Most of us have learned by heart the multiplication table up to 10 x 10. A simple technique will enable us to extend our multiplication power up to 20 x 20.

In the Next Issue

Every week, for 25 weeks up to December 4, 2014 when we celebrate our 25th Foundation day, this newsletter will feature one math short cut. We will progress from the simplest to the simple. Believe you can do it! Just proceed one step ( short cut ) at a time, and be pleasantly surprised to discover none of the math short cuts are difficult! Forward this newsletter to your friends, relatives, and young kids.

To ensure you receive our newsletter in your inbox, please add msc@msc.edu.ph to your email address book or safe sender list. Forward this mail to your friends and invite them to subscribe to the 25 Math Short Cuts Newsletter today!

MSC was my Guardian

His name is Martin Magnayon. They were a supplier of hogs in the local market.

They used me as the caretaker of hogs from birth to fattener. I was taking care of 13 mother pigs and it usually delivered more than 10 piglets 3 times a year.

Our agreement, aside from monthly salary, they would give me a commission of one piglet if the mother pig delivered more than 10 piglets.

In 1994, I decided to go to college since I was already a high school graduate from General Santos City before I came to Tiaong.

First semester in SY 1994-1995, I enrolled at LC and I felt happy because I can pursue my college education and ready to be a professional someday.

But no! The tuition fees almost stopped me. It was  high for me, so I could not afford to continue my studies.  Before the second semester started in the same school year, I tried to search for other good schools in San Pablo City.

I found the same course in AMA and STI. But the tuition fees were almost the same.

Finally I found one of the small advertisements of MSC,   located at M. Paulino St., San Pablo City. I went there and I inquired. They offered me the scholarship examination for the same course.

I was one of the lucky students because I got a 10% discount.  I continued studying in MSC, San Pablo City while working in Tiaong as helper.

Still I had money  problem during this semester.  I didn’t have enough money to support my ambition. I just finished the second semester and then stopped.  So I went  back to continue my career, “hahaha! as hog raiser of my boss’ backyard piggery farm.

I stopped for a year and thought my ambition was no longer possible.

By school year 1996-1997, I had a little money, so I enrolled again.  MSC was located already in La Suerte building along Rizal Avenue, San Pablo City.  I has a lot of experiences and fond memories as a college student.  We formed good friendships.

I met a lot more friends than usual, since I was an irregular student. My classmates were from the afternoon shift and evening shift and sometimes from morning shift, especially in the PE subject.

School year 1997-1998 was the final year of my Computer Technology course.

In the first semester of that school year, I applied as Student Assistant to Sir Ike.  Being a student assistant helped me a lot,  since as such, my tuition fee was discounted 100%!

In this semester, Mr. Adonis Duma selected me as one of the instructors in the tie-up school. I was assigned to teach computer subjects in DEBES elementary school.

So on top of my tuition, MSC provided by my allowance.

In the second semester, I worked as a technician in MSCNet, the first Internet Provider in San Pablo City.

I graduated the Computer Technology course in March 1998.

After this course, I enrolled in a 2-year Computer Technician course, and again took advantage of the 100% discount. I learned a lot in MSC, while studying, including a lot of actual and real work.

In the late 1999, MSC brought me to Pasig City to work in the prestigious company, Software Ventures International as Computer Technician (Hardware Maintenance Group). I worked under the supervision of VYP, Jr. (Sir Toto).

Currently I am working as IT Support Engineer in Al Arrab Contracting Company, a general contractor in Riyadh, Saudi Arabia.

I am proud to say I am a product of MSC!

I would like to thank the MSC Teachers and Staff during my stay in my Alma mater. Thank you, Mr. Adonis Duma, my adviser. Special thanks also to Mr. VYP, my mentor who stood as my adopted father during my MSC days.