During the Philippine Science High School’s ANAC I (A National Alumni Convention I) where I represented Pisay Dos (Batch ’70)  I saw a booth selling Pisay T-Shirts. I was attracted to a nice red colored shirt. So I thought of buying one for myself. But then, I thought of my 5 children who are all Pisay alumni, Rose (class of 1990), Toto (class of 1992), Tata (class of 1995), Lelay (class of 1997) and Nica (class of 1999). I selected 5 more to fit their sizes. Oh, I almost forgot Toto’s wife Rheea, who is his batchmate. And so I chose another shirt for her.

When I asked the ladies manning the booth (who are both Pisay alumni) the cost of a shirt, they told me that it is P350.

By mastering doubling and halving, I expanded my multiplication tables. 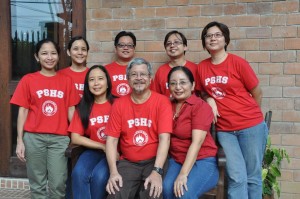